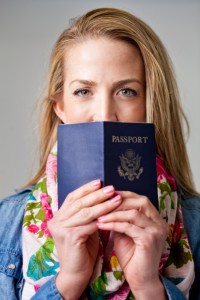 Slots are granted by the Department of State at the regional passport office level to companies that register as a hand carry courier at one those offices. There are no application fees but there is a long wait list to be approved. These authorized arrangements allow third party private companies a set number of passport submissions (slots) per day or per week. Most of the regional passport agencies issue less of the same-day slots than of the standard expediting slots. Each of the passport agency offices has a different number of registered passport hand-carry couriers that they work with and each passport agency decides how many and of what kind of turnaround service to offer. Every regional passport agency would issue the same amount of slots to all of the registered expediters at that office. For instance if a passport expediter in Atlanta received (1) same-day slot and (10) regular slots on a daily basis then all registered passport expediters received the same allotment of slots.

Passport Expediters have their own slots or they may simply rent slots for another passport expediting company.

Without slots, a passport expediter cannot submit passport applications for their customers. It is obviously a vital component of the business but it matters very little if they are owned or have “rented” them from other passport expediting companies. There are certain advantages and disadvantages to each scenario. It is my opinion that what matters is timely issue resolution; ideally the company you have chosen to expedite your passport with has implemented enough operational efficiency and has automated exception handling controls in place to proactively respond to issues as they arise.

When you retain the services of a passport expediting company you are basically paying for the right to use one of those “Slots” on that day, just like an airline seat reservation – Faster turnaround is obviously in limited supply because of available capacity at each of the regional passport offices, thus the reason for higher costs to get a passport in 24 hours. Not to mention it also poses additional, faster shipping needs as well as logistical challenges. It’s not unreasonable to expect to have to pay a “Fee, Fine, or Surcharge” if customers don’t ship their documents as scheduled (similar to a rescheduling fee for airlines) or didn’t follow 100% of the instructions given to them by the company they hired to expedite their passport. If you don’t follow the instructions or ship it on the day you are supposed to (yes, even not getting your documents in order or sending the wrong paperwork), will usually translate into the need to pay a small fee.

The majority of people applying for a passport will never hear or know of any reference to “slots” but for those that do have to expedite their passport through a third party passport service, this article has a lot of useful information that you should know about.