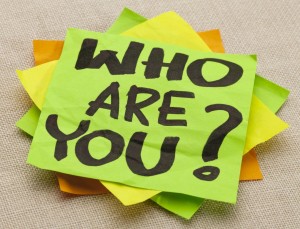 Suppose that your passport has your full birth name, but you book a flight (or someone did on your behalf) without using your middle name – is this a problem? Can you just use the first initial instead?

In general, airlines specifically state that you have to book your airline ticket in the exact manner such that it matches your passport exactly or government issued ID. Post 9-11, the Department of Homeland Security developed ‘Secure Flight’, and necessitates passengers or possibly their agents to provide the full details of their name, gender, and date of birth when they book their flight. This makes it easier for officials to match passengers against suspected and recognized terrorists.

A name can’t always be entered exactly like it reads in your passport. In fact, the systems that airlines use have not actually changed over the last couple of decades regarding how you enter your name. Therefore, all that’s really important is the first and last name fields. Sometimes, even these two fields won’t match your passport name either.

For instance, someone that has a hyphenated last name or two last names, such as Baxter-Smith – will still be one very long word as it appears on the reservation, even if you place a space in between them: BAXTERSMITH. The same practice is applied even if you have two first names, such as Anna-Nicole, which turns into ANNANICOLE.

In truth, for many airlines, there is no field to even enter a middle name, only one field to enter ‘given names’ for entering both your first and middle name. However, these will also be united together, without a space.

For most of the world, including the U.S. and Canada, only the first and last names are all that truly matters. So, if you accidently skipped entering your middle name and plan on flying in the United States or Canada – relax, you’re fine. As long as both your first and last names are an exact match as they appear on your passport or government ID, you have nothing to worry about.

Throughout the rest of the world, in most cases, you’ll be okay as well. However, in order to retain peace of mind, it’s best to include your entire birth name, exactly as it’s listed on your passport (even though the hyphenated names or two names will automatically be fused together, no hyphen or space). Thanks to outdated computer systems, it’s just the way it is.

For some people, getting their entire name to fit is an issue if it’s really long. With any luck, there’ll be enough room to enter your entire last name. Most airlines will request that you enter just the first initial of your middle name if both the first and middle names will entirely fit in the given name fields. Just to be sure, it’s always best to check with the airline carrier prior to booking your paid or award ticket. This is the best course of action to take, especially if you’re unsure about what to do when booking a reservation with an airline other than the U.S.

If you’ve already booked your flight with a U.S. airline, you shouldn’t have any problems, provided your first name and last name are correct. However, if you made a mistake entering either your first or last name, or you simply want your middle name entered in order to make you feel better, you can make amends or cancel free of charge (including paid or award tickets) within 24 hours of booking your flight.

NOTE: In the case of foreign airline carriers, note that this is not the case. It could get quite expensive if you have to cancel your flight and then rebook should you discover an error in your name that you anticipate may cause problems with the carrier.

Middle names should be used on airline reservations when the middle name is on the passport. It is usually not a problem but you can’t completely rule it out.

Cancelling Your Ticket and Rebooking – Free of Charge

This exact scenario just happened for someone with an award ticket that was booked for an Award Booking Service client. Luckily, the supervisor was able to successfully void the said ticket, which was just booked, miles were immediately re-deposited, and then appropriately rebooked with the proper middle name. However, if this were tried at a later time, the regular fee would have been applied in order to redeposit miles and cancel the reservation.

Booking on Behalf of Someone Else

Need to book a flight on behalf of someone else? Be sure to properly enter their name as it appears on their passport. It’s quite easy to assume you know how to spell someone’s name. But, you may be surprised how many people are called by their middle name or even a different name altogether rather than what’s stated on their passport or standard driver’s license. Do it the foolproof way, copy it letter-for-letter right off their passport or ID in order to be as accurate as possible when booking their flight.

Do I Need to Use my Middle Name on the Passport Application?

It “should” match what is on your birth certificate and your state issued ID (Drivers License) – however I have personally seen exceptions to this rule. YMMV – just don’t hold me to it if it doesn’t work out for you. If you try to leave your middle name off and are asked to resubmit your application, you will just need to resubmit the application without any additional cost.

Even though it’s quite common nowadays to combine the last names of parents into a hyphenated last name for the sake of their kids, take into account the rest of the name as well. The more complex and longer the name, the longer it will take to correctly type it and therefore increase the chance of making a mistake. Some parents have been known to create a new last name that’s just one word for their children that unites their two last names. Or, in some cases, the mother’s last name was used for the children, which is quite rare from the standard practice of automatically giving children their biological father’s last name. As far as the middle name is concerned, some parents delete it altogether. Who says you must have a middle name? So, remember this principle when naming your children.

Ever have any issues with certain airline carriers due to a problem with your middle name?