Need It Fast?Get a passport in as fast as 24 hours!
Passport Guide > Lost / Damanged Passport Replacement

If your passport has been Lost or Stolen the first thing you are going to want to do is report it to the U.S. Department of State. If you are not planning on applying for a new passport you can call to report the loss or theft. Just simply call: 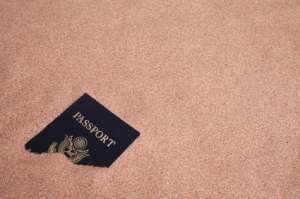 Did you lose a passport?

You can also complete a DS-64 form that explains what happened to the passport; whether it was lost, stolen or even damaged. You can obtain this form at any local post office or print it from your computer and fill it out in black pen. If the passport is damaged you will have to include the damaged passport in addition to a completed and signed DS-64 form.

If wanting to report a lost or stolen passport without replacement, you only need to mail in the completed and signed DS-64 to: 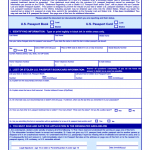 Now if you would also like to apply for a replacement passport at the same time you will still need a completed and signed DS-64 and if it was damaged, you will to submit your damaged passport with the application. Along with that you will need to also follow the exact same steps as applying for a new passport.

A few things to keep in mind when reporting you passport lost or stolen (does not apply to damaged passports):

If you have not yet received your passport you applied for:

If you have checked the Online Passport Status System or contacted the National Passport Information Center and they have informed you that your new passport has been mailed out, but you have not received it after ten business days, you should contact the National Passport Information Center to report the non-receipt of the passport. If you do not report the non-receipt of your passport within 90 days from the date the passport was issued, you will be required to reapply and pay all applicable fees.

A lost / stolen / passport will be processed according to the official Department of State passport processing times. The fastest option to replace a lost passport will be to visit a Regional Passport Office or pay an expediting company to do it for you.

Can I continue to use my passport if it has been damaged?

You will need to apply for a new passport if your passport has been significantly damaged, especially the book cover or the page displaying your personal data and photo. You will need to report your passport damaged and re apply for a new one. Water damage, a significant tear, unofficial markings on the data page, missing visa pages (torn out), a hole punch and other injuries may constitute “damage”

Normal wear of a U.S. passport is understandable and likely does not constitute “damage”. For instance, the expected bend of a passport after being carried in your back pocket or fanning of the visa pages after extensive opening and closing. In most cases of normal wear, you may renew your passport by mail.

I found someone’s lost passport, what should I do with it?

If I reported my passport Lost and now I have found it can I use it to travel?

Once you report your passport lost or stolen it cannot be re-validated. You will have to re-apply for a new passport if you intend to travel.

The application is asking for my previous passport number, what do I do?

You must put nine zero’s and estimate the time of issuance.

Will losing my passport multiple times cause delays when re applying?

When you lose your passport it is reported and kept on record. When you repeatedly misplace your passport not only can it cause delays when you are re applying but it can also cause the State Department to issue you a passport that is only valid for a year. This usually happens if you have lost multiple passports in a short amount of time or you have used the DS-64 form more than two times.