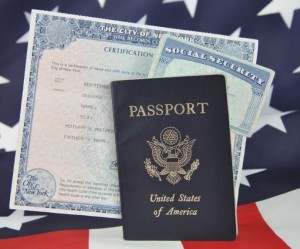 Although not directly related to Passports (a US Passport is Real ID Act compliant), I thought it would still be relevant to discuss the different aspects of it.

Enacted on May 11th, 2005, the Real ID Act was an act passed by Congress that amended the United States federal law with regards to authentication, issuance process and security of individual state’s driver licenses and ID cards. The act also covered several immigration issues that related to terrorism.

The Real ID act was defined by the Secretary of Homeland Security as the requirements for driver’s licenses and ID cards that are accepted by the government for official purposes. The Secretary of Homeland Security has further detailed official purposes to indicate the display of ID cards when boarding commercial airlines flights and entering federal buildings as well as nuclear power facilities.

The primary implementations of new governmental requirements set forth by the act include:

The ID cards must also utilize security features to ensure that counterfeiting, tampering or any form of duplication does not occur. Citizens must provide photo identification and documentation of birth date, legal status, social security number, name and primary address to be issued a card.

The Real ID Act presents a series of complicated rules that relate to delivery bonds which are essentially bail bonds required for aliens who have pending hearings but have been released.

The Real ID Act also creates stricter standards of proof from those who are searching for forms of relief. Immigration judges and the government may now require immigrants to show evidence of their need to be in the United States. Those who cannot prove their legal status may hold on to driver’s licenses to acquire liability insurance for working. Also, those who are on J-1 or H1B visas and remain after the visas have expired one year later (but are legally allowed to stay in the United States), may be tested and licensed to drive as well as acquire liability insurance.

The Attorney General can take serious actions that allow for the installation of physical barriers and roads along the border. This Act allows the government to remove obstacles to assist with the detection of illegal immigrants in an effort to deter illegal crossings. The Act also funds and allows the Attorney General to continue working on improvements of a specific 14-mile section of the border near San Diego.

Although the law was enacted in 2005, on December 20th, 2013, the Department of Homeland Security pronounced that the implementation of Phase 1 would start on January 20th, 2014. During the 2014 calendar year, the government will use deferred enforcement. As of January 2014, there were 21 compliant states, 20 states that have been given extensions and 15 non-compliant states. Click here for more information https://www.connecticut-bailbonds.com/locations/.

There are four upcoming planned phase, three specifically apply to segments that affect few citizens: the Department of Homeland Security headquarters, nuclear power facilities and government restricted locations. The Phase 4 timeline, which pertains to boarding commercial aircrafts, will be determined once an evaluation following the implementation of the first three phases is conducted. One guarantee is that Phase 4 will not be implemented prior to January 2016.

One of the biggest and most important controversies relates to the National ID card. There is a major disagreement as to whether the Act actually institutes a new national identification card process. Although the new law implements national standards, it leaves the issuance and maintenance of the actual cards to the state. Therefore, since it is not fully operated by the federal government, it cannot be a national ID system.

On the other hand, support groups note that this is a trivial distinction and all new cards are national ID cards as a result of the uniform national standards developed by the AAMVA and linked databases. Many groups on both sides of the fence feel that having a Real ID-compliance card would encompass a few tasks such as being required to vote, collect a Social Security check, have access to Medicaid, open a bank account or purchase a gun.